The secrets of banner design success 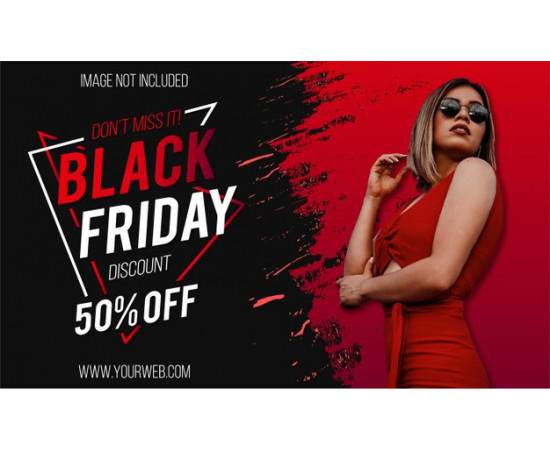 The secrets of banner design success
Based on 0 reviews. - Write a review
0.00€
Add to Cart

Get a Free consultation.

Banners have played a major role in the Internet since it was first used as a business and advertising platform. Every day, designers are thinking of new and different ways to attract users' attention and view the information advertised in the banner.

What would be the first thing any internet user would probably think of when they saw the following inscription on a banner: "Never click on this banner"? You will probably need to click on a particular banner and look at why it was advised not to click on that banner. This approach tends to be successful, as almost everyone will be overwhelmed by curiosity in the face of various non-standard situations. Such text does not explain anything about the product itself that is being advertised.

Designers are often looking for such or similar approaches (often, not so trivial) that could arouse curiosity. When designing a banner, the basic task of the designer is to attract the user's attention to this banner, ideally, ignoring the rest of the site. If a banner is able to attract the user's attention before the rest of the website content, it has succeeded very well and will be able to attract a large audience. However, given the "acquired immunity" of users to banners, this type of banner, which arouses the curiosity of the observer, is becoming increasingly difficult to create.

When it was first introduced to Google, its owners left the AdWords system as a fallback plan in case the search engine didn't make a profit. Today, Google manages 80% of Internet advertising, largely through this system.

Unlike other ads, AdWords doesn't interest users or interfere with their website. This system is designed so that each of its users can adapt it to the design of their website. This approach does not disturb or irritate users, giving the impression that the ads are part of the website. According to statistics, one of the most lucrative ads is those that are placed in the middle of the article and completely match the visual design of the article. As this system evolves, it is able to tailor the display ads to the article, that is, if the article is about green wool socks, AdWords will try to find ads that promote green wool socks. If they are not available, the closest possible options, such as wool socks or socks, will be selected.

This type of system has inspired hundreds of similar systems to operate in the Internet environment with varying degrees of success. Most often, new systems offer a higher cost per click, but it is not displayed on so many websites, and advertisers will be significantly less.

Flash technology allows the designer to create banners that engage users in the operation of the website, for example, by allowing you to annotate part of the banner, rearrange objects, change images (for example, hovering over green unfinished wool socks . Recently, banners have included mini-games that can distract from browsing the website. This allows you to display text or redirect the user to the destination site under certain conditions.

For these reasons, in part, website owners do not allow such banners to be placed on their websites because they entice too many users.

Website developers are always looking for opportunities to stand out when creating a website design. The same is true for banner design. Lately, black and white banners tend to appear. Although research has shown that yellow and blue are most effective in banner design, and black-and-white ads are relatively less memorable (the company's color choices), black-and-white banners are still created. It is possible that this approach will soon disappear, although the basic idea of ​​this banner is that the user sees a black and white banner, which is not a standard situation, and wants to look at it to find out why such an approach was used. Banners of this type attract mediocre attention.

Website - milliondollarhomepage.com has proven that a non-standard approach can bring in great revenue. This page sold ad space for $ 1 per pixel. A few months later, the author of this website had already earned the first million. After the great success of this website, the developers started to create very small banners, such as 10x10 pixels in size, which attracted a large part of the audience. Often a non-standard approach leads to great success, but the openness of users to this type of news must be taken into account.

Features of the future

It is not possible to predict the development of banners in the near future, because in recent years there have been major changes in the development of designs (rounded shapes and shading are widespread). However, it is clear that the design guidelines will change, because every year, companies invest a lot of money in advertising. Given that 2011 was the first year in which spending on online advertising exceeded the amount spent on advertising in traditional media (TV, radio, etc.), it is expected that more attention will be paid to banner design and banner design will be used more widely. basic principles of advertising design. The user is likely to be offered interactive banners with high quality images or video clips.