Filming and photo shooting from air 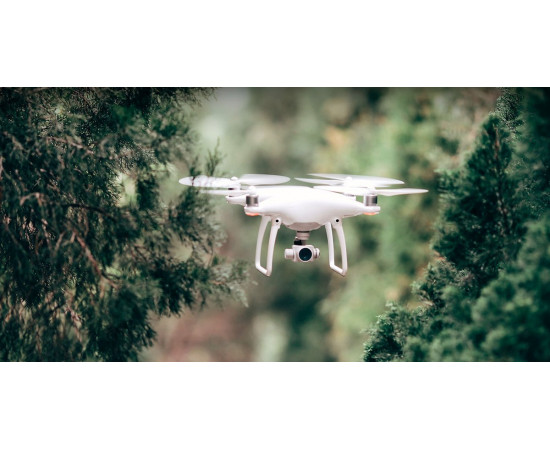 Filming and photo shooting from air
Based on 0 reviews. - Write a review
0.00€
Add to Cart

Get a Free consultation.

The ability to use a multicopter

While most Copters are used as model aircraft to enjoy their flight and control, they can be used for other, more practical purposes.

1. Photographing and shooting from the air (the most popular!)

The drone can be used as a cheap and safe means of shooting and photographing from above. Thus, you can get high-quality images from archaeological excavations, videos and photographs for terrain mapping, observe the migration of wild animals, track the state of agricultural lands and follow various competitions and much more.

Compared to helicopters, which were still used for shooting and photographing from above, the copter is much more economical, less harmful to nature and quieter, moreover, it is safer for flying among people, compared to model aircraft helicopters, since the propeller blades of the copter are more soft and the flight speed is less.

The multicopter can be used to carry out the necessary observations in places that can be dangerous to human life and health:

In cases of natural disasters or major accidents, the multicopter can be used to search for people in places that cannot be directly accessed, in addition, the copter can move loads weighing from 500 grams to 2 kilograms in order to deliver the objects necessary for survival to the victims - food, medicines, if rescuers cannot reach these people.

The aircraft can be used to drag the first ropes over a river or canyon to be used in the construction of a bridge.

The drone can be used to access volcanic craters to place sensors there to warn of a volcanic eruption or to set landmarks for icebreakers.

In situations where it is impossible to use the usual means of communication and information transmission channels, you can use a multicopter to transmit the most important information to people, thus preserving their lives and health.

A copter is a radio controlled flying platform with a 4, 6, 8 or 12 stroke engine that drives propellers (quadrocopter, hexacopter, octocopte, and others). He quickly gained popularity among aircraft modelers, designers and programmers, as it opened up wide opportunities for development and modification. Now, even a human can fly on a multicopter equipped with 16 propellers.

The aircraft can fly in all directions, in addition, the platform is parallel to the ground at all times, thus ensuring the stability of the load. The flight of the copter is controlled from the ground by means of a radio remote control.

The copter differs from other, similar devices, the complexity of the device, which provides that anyone - both a novice and a serious modeler - will need serious knowledge to staff and learn how to operate the copter.

Construction and principle of operation of the copter

In order to fly in a certain direction, the balance between the propellers is disturbed - the propellers that are replaced opposite to the direction of flight start spinning much faster. Thus, the quadcopter tilts in the desired direction and starts moving forward. For example, to fly forward, the rear propeller spins faster. In English, for forward or backward flight there are special terms for a copter - "pitch" or "nick", and flight to the left or right - "rolls", and rotation around its axis - "yaw".

To ensure a successful flight, you need a person who, using a special program, controls the copter. The main task of this person is to keep the copter level for the entire flight. Bearing in mind the readings of several instruments, the flight director calculated